A Unique Cruise on Loch Tay

The Must-do activity
in Highland Perthshire

Brought to you by the Award Winning Highland Safaris.

Amazing cruises in a fast, safe and comfortable boat.

Have fun on Loch Tay as you skim over the surface of the waters of Perthshire's largest and one of Scotland’s deepest lochs! Surrounded by stunning and dramatic landscape, in an area steeped in history, myths and folklore you will be mesmerised by mystical and spell binding stories of the people who have shaped the very fabric of this amazing area throughout the ages. Our state of the art RIB (Rigid Inflatable Boat) has been named Iolaire; Gaelic for Eagle. She has a heated cabin and fitted with twin 300HP Evinrude engines capable of speeds up to 30 knots - that makes her the BIGGEST and FASTEST boat on Loch Tay!

She can seat up to 12 passengers in comfortable, individual seats. With on deck viewing platforms, front and back, you can feel the wind in your hair and connected to everything that makes Loch Tay so memorable. 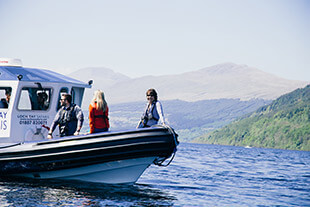 A unique cruise on Loch Tay exploring the history, heritage and folklore of Perthshire’s largest loch.

Experience the breath taking scenery and learn about this mysterious and dramatic landscape from our local and knowledgeable skipper, you will be enchanted by the Loch’s mystical charm!

Available 7 days a week from the end of March – October 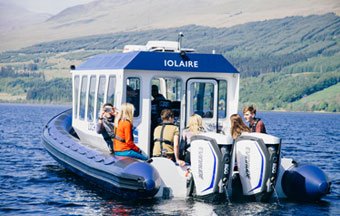 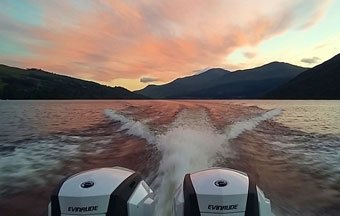 Her versatility makes it perfect for getting in close to the inaccessible banks of the loch and exploring the unique landscape from the water.

Iolaire can seat up to 12 people and is suitable for all ages!

Our boat is ideal for small private groups or family gatherings and can take up to 12 people comfortably, enquire now for more information on how to book Iolaire exclusively. Call or email to discuss your options and book your bespoke safari. 50 Minutes or 1.5 hour cruises for a group of up to 12 persons. 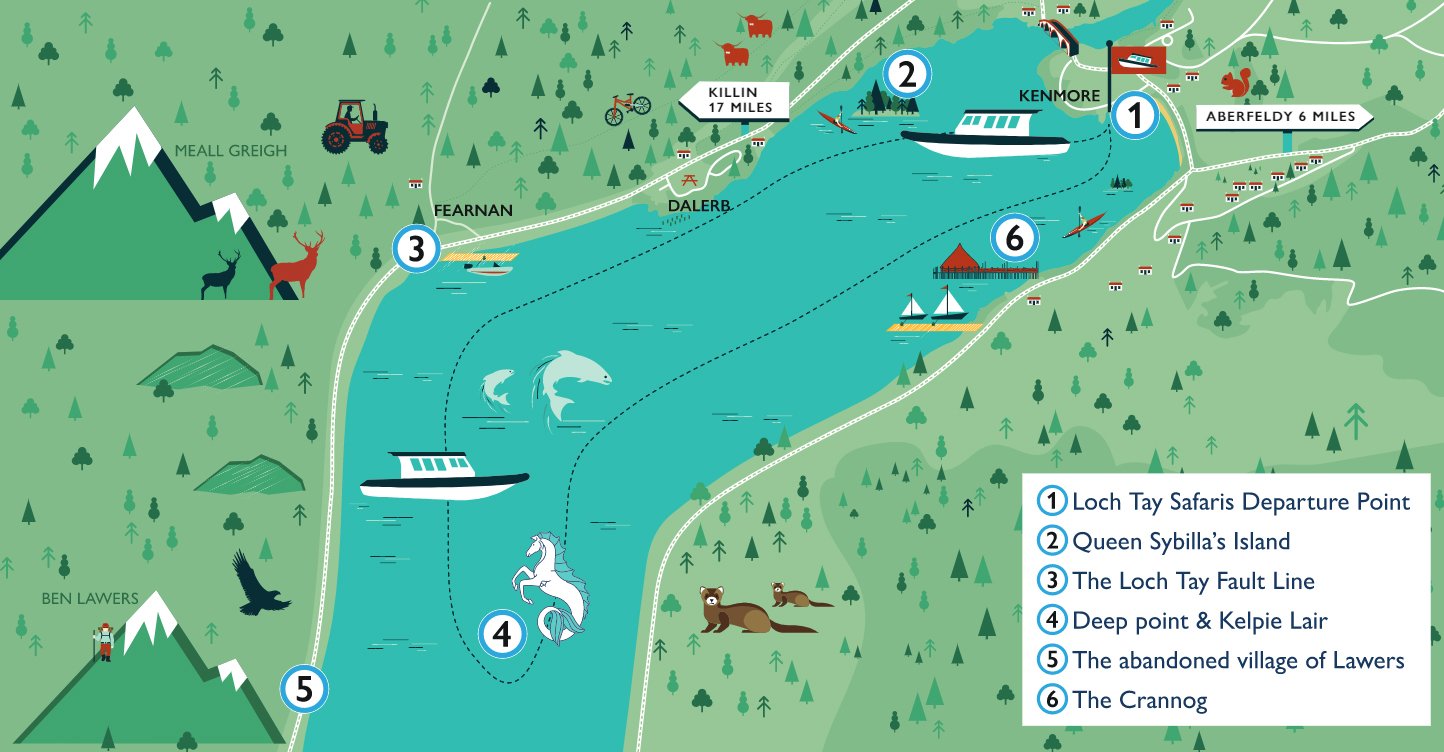 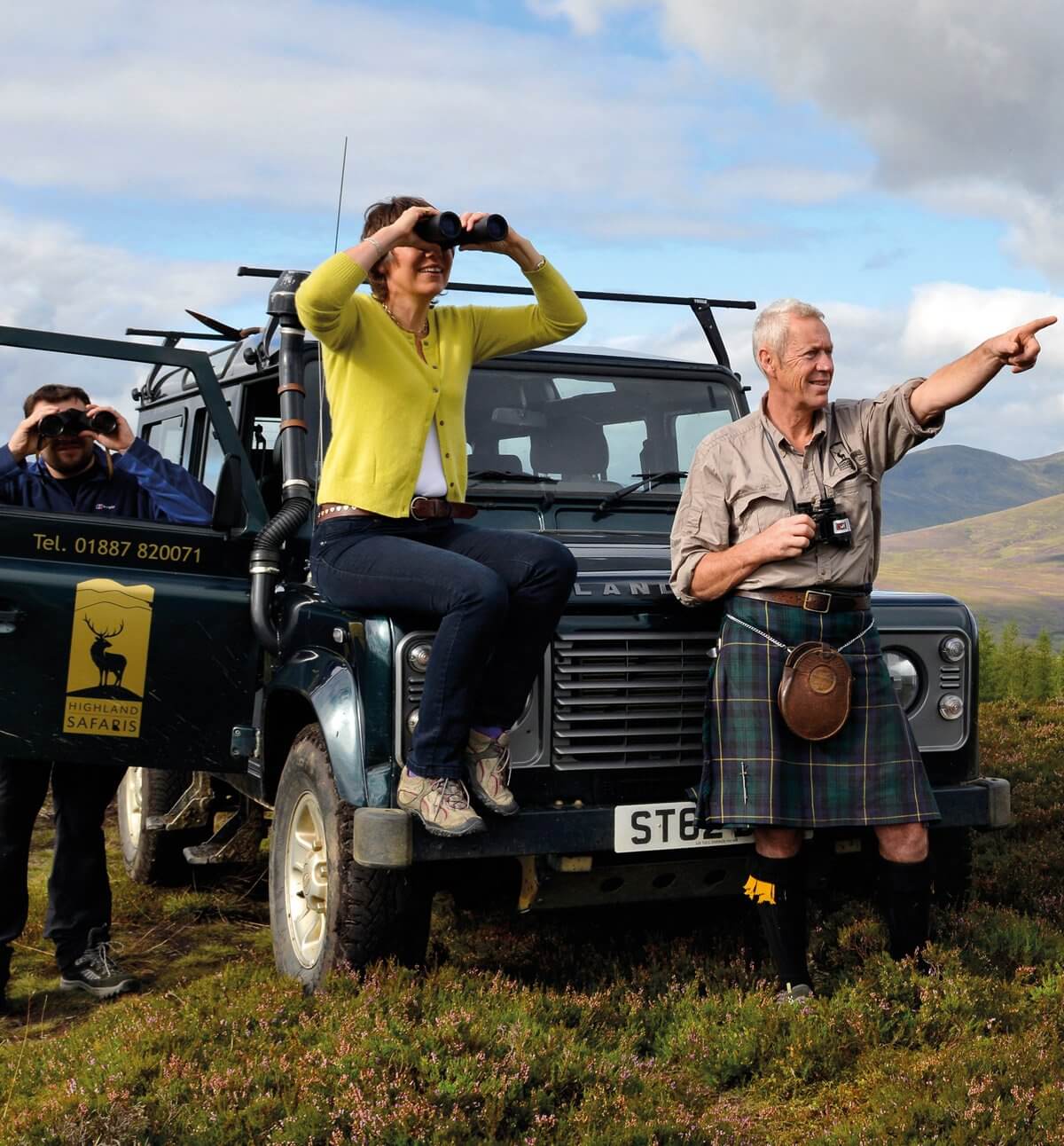 Highland Safaris have been operating for 25 years, providing clients a five star experience in the heart of Scotland. Directors Donald and Julie Riddell started Highland Safaris by taking people on a Safari experience into their local mountains, exploring the wildlife, landscape and history. Fuelled by their passion for nature and wilderness, Highland Safaris proved to be an Award winning concept and has been expanding ever since. Highland Safaris is now based next to the village of Dull in Highland Perthshire, an area that Donald and Julie’s families have long connections with. There is an excellent shop, an award winning café and the newly developed Red Deer Centre where visitors get the opportunity to feed our majestic herd of Red Deer and to see Ossian the Barn Owl fly.

Donald and Julie have been dreaming of Loch Tay Safaris for a long time. Taking the concept of a Safari onto the water is an excellent idea, following in the wake of the Loch Tay Steamboat Company. Donald’s Great Grandfather was the owner of the steam yacht Iolaire, which served as an anti-submarine vessel in the First World War and latterly as a crew training vessel. It was an obvious choice of name for our new boat, Iolaire is not only a family legacy but it also means Eagle in Gaelic. 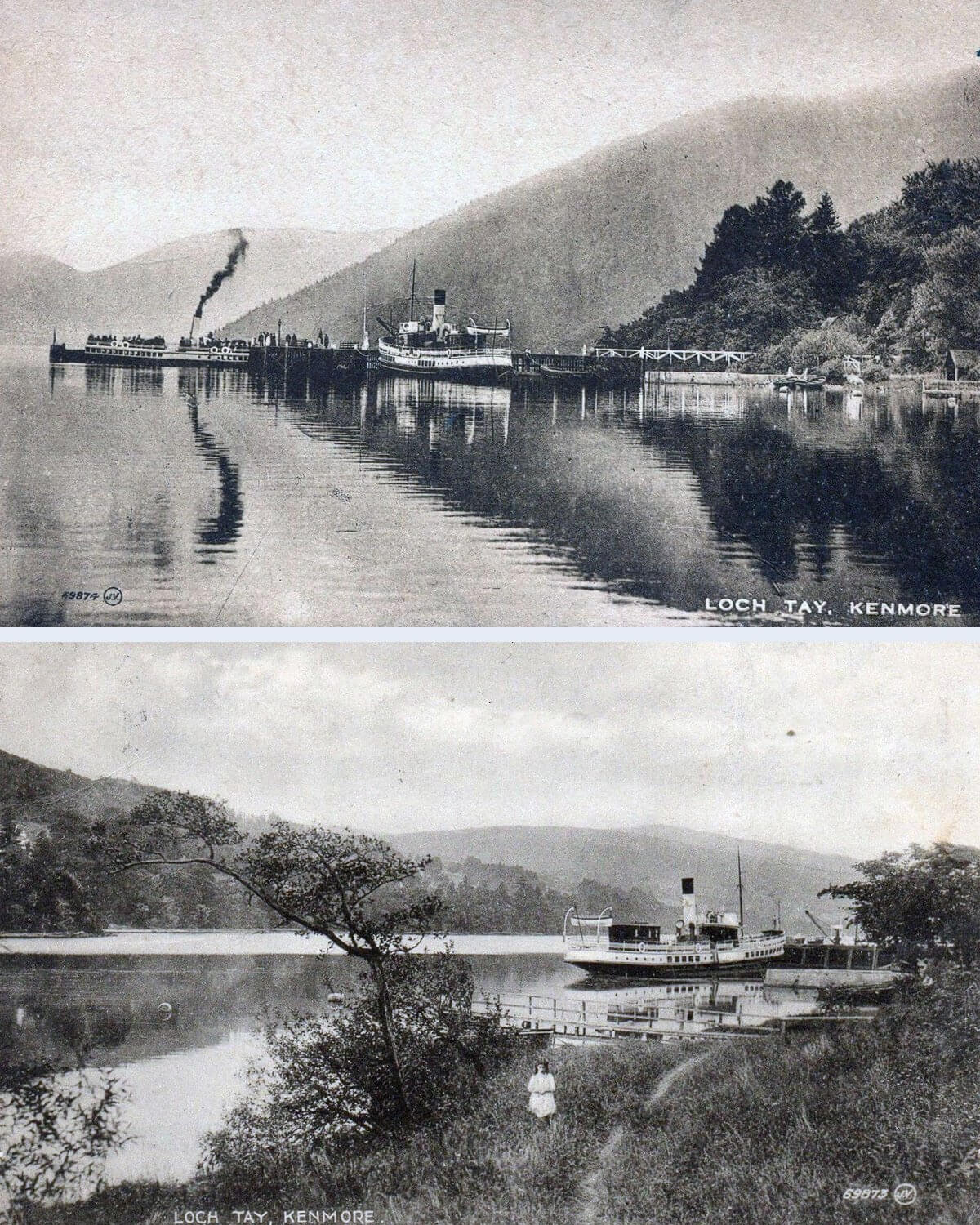 The home of Loch Tay Safaris is Perthshire’s largest loch. The history of this dramatic loch has long been entwined with the people who have used it through the ages. Human inhabitation stretches back 9000 years to a Stone Age encampment on the hillside of Ben Lawers and the Loch itself was home to 18 Iron Age settlements called Crannogs.

The Loch Tay Steamboat company operated in the Loch’s waters up until 1949 and the photos of this era can’t help but capture the imagination of this bygone age! Loch Tay is framed wonderfully by Ben Lawers, Scotland’s 10th largest peak and the hills of Glen Lyon, Scotland’s longest Glen. Majestic Red Deer roam the hillsides and Golden Eagles soar above the peaks.

Kenmore village sits at the head of Loch Tay and is at the mouth of the magnificent River Tay, Scotland’s longest river. Taymouth Castle dominates the banks of the river where it used to house the Earls of Breadalbane. 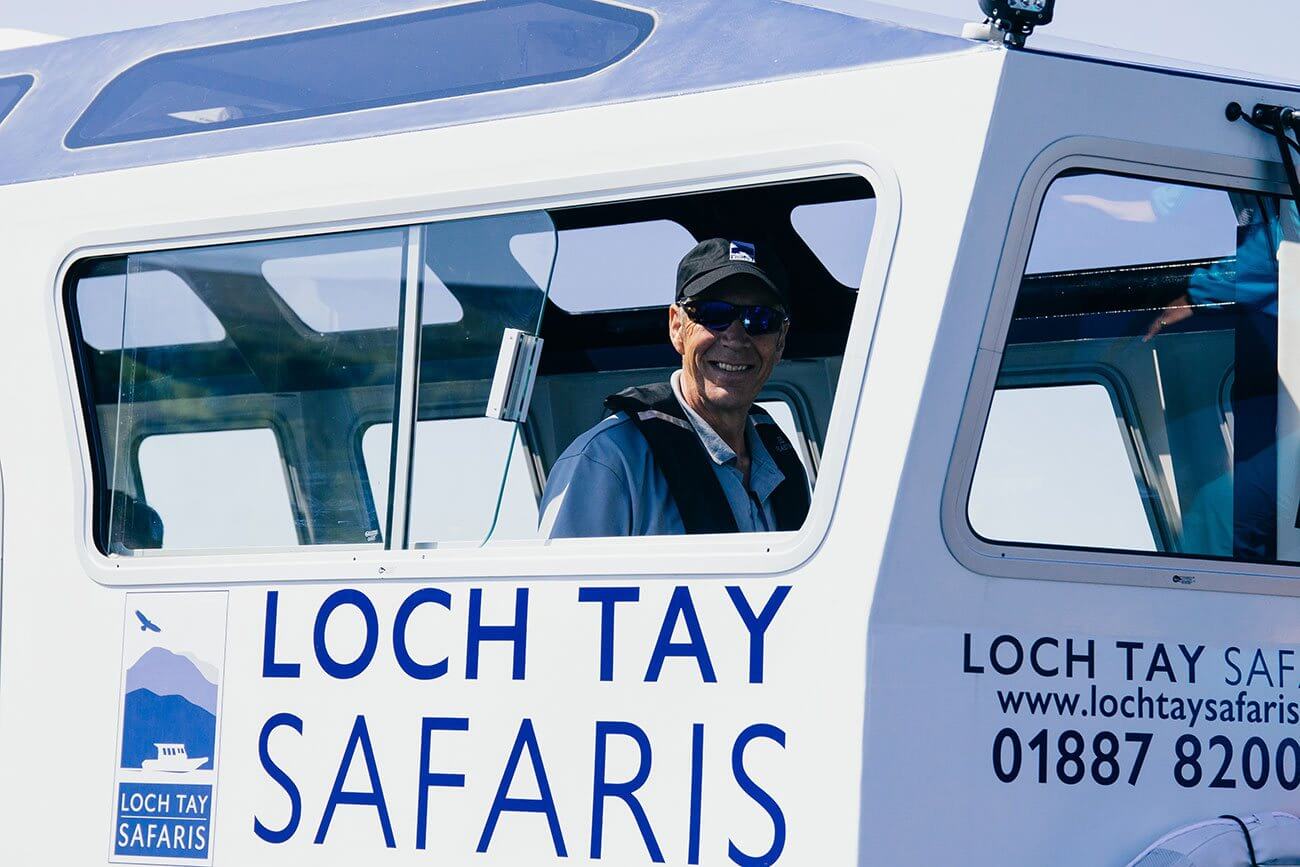 The Team at Loch Tay Safaris are rich in both experience and local knowledge. On every cruise you will be on board with a fully qualified skipper and crew member. They are there for your safety and comfort but also to share the passion and knowledge that they have for their local area.

Our crew will provide a live commentary for your information and enjoyment, they are more than happy to answer your questions and to give you a truly unforgettable experience.

Stay up to date and discover more about Highland Safaris by signing up to our e-newsletter.